There are over three million Tamil Muslims, mostly in Tamil Nadu. They are also spread across the neighbouring States of Kerala and Karnataka. With their ethnic background and poor economic condition, they are easy fish for the ISIS. Now minister of state for home affairs, Kiren Rijiju, says the ISIS ideology could be spreading to other parts of the country as well. This was always going to happen. The terrorist outfit appears to have a very effective ‘transformation wing’, a unit of ISIS dedicated to the cause of converting non-believers. The terrorists engaged in the task of bringing in new recruits possess great gifts of ‘inspiration’. They inspire people to the point that they become human bombs, among other things.

According to a PTI report, a total of 23 Indians have so far joined the ISIS, of which six have been killed in different terror-related incidents. This is a highly disturbing figure. Three of the terrorists of ISIS in Syria were natives of Karnataka. The rest were from Maharashtra, Telangana and Uttar Pradesh. There is no longer any doubt it. It may finally have established foothold in a peace-loving nation. I believe we will be able to deal with it, but it’s still terrifying to know that there could be a bomb placed anywhere, and we won’t have a clue! 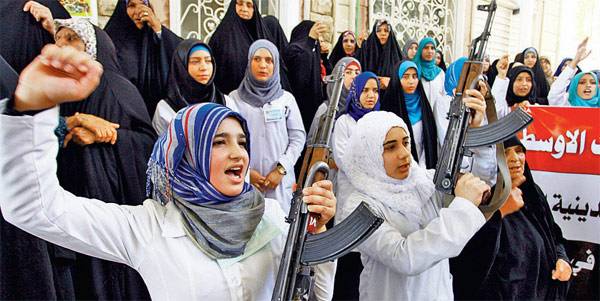 There are reports that ISIS may carry out terror strikes anywhere in the country using a single terrorist, also known as ‘lone wolf’, to create its first impression. The Indian Government ought to hold a press conference and brief the nation on how it plans to counter Abu Bakr al-Baghdadi’s army of mad men.

Rijiju, in a nutshell, said the home ministry is meant to protect its citizens… time for rhetoric has long been gone. Let us know what’s happening… Something seems to be going on against ISIS by the loosely-banded western powers. There are reports of bombing out of terrorist hideouts, of having killed a couple of lowly leaders… and some more isolated bombings. There is no concerted effort, nor is there any sign of one coming along in the near future.

US President, Barrack Obama, is the leader of the free world, but his inactivity at the ISIS front is confusing. In the recent times, 400 people have been killed by ISIS through various means.  He is adamant that their current policy on ISIS will continue, thereby meaning they will continue to do periodic bombings! A Russian passenger jet blown up over the Egyptian skies, a deadly suicide bombing in Beirut, deadliest in 25 years, carnage in Paris, reportedly the worst since World War Two. Many more mayhem planned, many more lives lost. But life cannot go on like this.

There might be a very solid reason for Obama to wake up and smell the coffee. His beloved America could be next on the terrorist radar. After the Paris destruction, an ISIS spokesperson gloated: “this is first of the many storms”. A former CIA chief has even gloomily predicted that America’s turn is coming…

Obama wouldn’t want a terrorist attack on the soil of America to be the legacy he leaves behind.