A postcard arrived at the Goa Secretariat last week with threats to assassinate Prime Minister Narendra Modi and defence minister Manohar Parrikar, sending the Goa Police into a tizzy. The Anti Terrorist Squad (ATS) has been called in.

With the Republic Day round the corner, the threat cannot be dismissed, especially when it has ISIS signatures, text written in broken English. 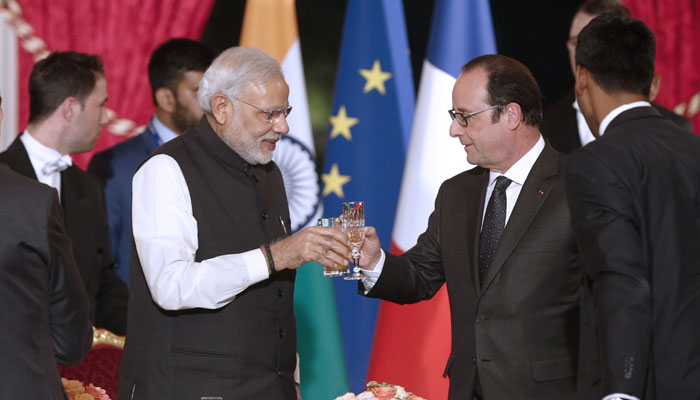 Francois Hollande, the French President, is the chief guest for the January 26 celebrations, making the matter ever more critical. Suspicions grew after spotting six paragliders, about 2 nautical miles from the Mumbai coast near Juhu. They could be doing a recce. Mumbai police is conducting search operations through the city to identify the six men. The intelligence had warned of a possible aerial attack in 2010. The sighting is even more worrying since the Mumbai police had banned paragliding in the city in November last year. These are ominous signs. 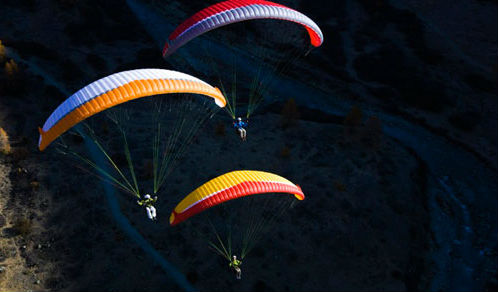 Indian intelligence had warned about possible militant attacks by paragliders

The threat letter expressed anger over ban on cow slaughter in India.

It’s odd that the ISIS decided to send a letter to a state, where the chief minister has strongly opposed the ban. Only last November, Goa chief minister Laxmikant Parsekar had said the state has many Muslims and Catholics, for whom beef was part of their cuisine. In Goa, no controversy can be created on the issue, the CM had reiterated. So why Goa?

Perhaps, we will know in times to come.