Football Club Real Madrid’s No. 7 recently posted a rather ingenious video on YouTube. In it, he is seen as a middle-aged drifter, trying to impress people with his dribbling skills. He is plump, bearded, and long-haired, and no one, not even for a fleeting moment, could tell he was world’s top footballer, with a weekly salary of close to 300000 British Pounds!

The Portuguese superstar underwent an elaborate image transformation in the studio, where he was tended to by Spain’s top make-up names. The change was stunning, and Ronaldo himself found it difficult to recognise the person in the mirror. But then, that was the idea.

With a fresh La Liga season round the corner, Ronaldo will once again resume his rivalry with Barcelona’s Lionel Messi, and he hates being second best. With Barcelona trumping Real Madrid last season, CR7 will have a personal motivation to settle the scores in the new season.

Amidst growing concerns that Ronaldo may not be able to play the season’s opener against Sporting Gijon due to back problems, club’s new coach, Rafael Benitez, stepped out to calm the nerves. 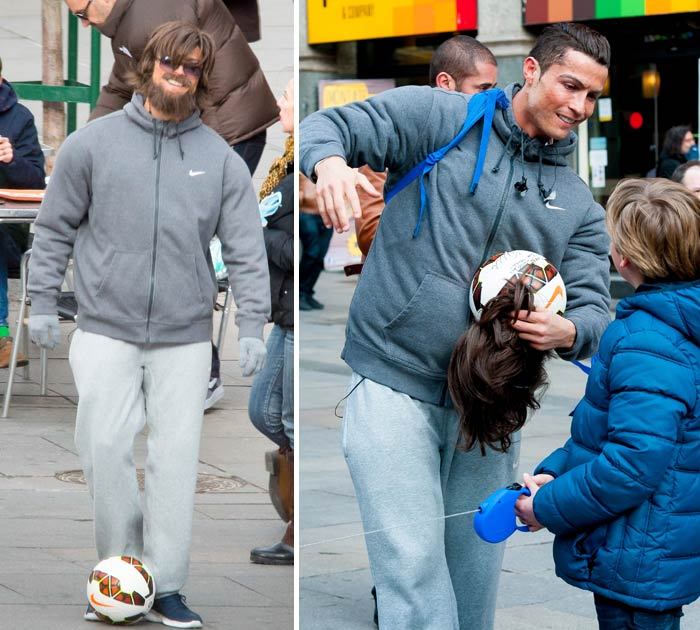 “He should be okay next week and I don’t think he’ll have any problems playing the opening game against Sporting on August 23,” the former Liverpool manager revealed.